The Heroes’ Cemetery has 609 graves of those who fell and disappeared in the wars of 1939-1945 (Winter, Continuation and Lapland Wars). The last remains of heroic corpses found in Russia were buried in the cemetery in 2008. A monument to Väinö Aaltonen was unveiled in the cemetery in 1964: “The fate of a man at the top of a mountain”. In addition, the cemetery in Sweden has a monument to those who died on the evacuation route in 1944-1946, made by Ensio Seppänen in 1965. It contains the names of 279 deceased. The plan for the hero’s grave area has been drawn up by garden architect Katri Luostarinen.
Vapaudentie 34, 96100 Rovaniemi, Finland
39 Views
0 Rating
0 Favorite
Share 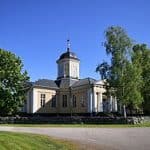 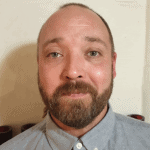 The oldest monument in the cemetery is
Sairaalakatu 1, 96100 Rovaniemi, Finland
17 Views

Rovaniemi Church is a landmark of the
Yliopistonkatu 2, 96100 Rovaniemi, Finland
We use cookies on our website to provide you with a smooth user experience by remembering your preferences and repeated visits. By clicking “Accept”, you accept the use of all cookies.
Cookie settingsACCEPT
Manage consent